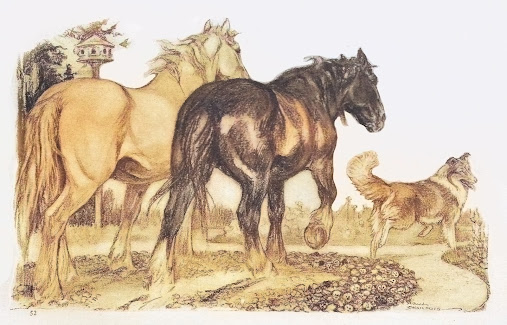 Paul Bransom, called the “Dean of American Animal Artists,” lived in New York City. He had a residence and studio on West 67th Street.   He was quite prolific and illustrated many of Albert Payson Terhune's stories and books.

Mr. Bransom was a self-taught artist whose formal education ended with the eighth grade of public school in Washington, where he was born.  As a child he watched and drew animals in his back yard and always hoped to become an artist.  At the age of 14 he took the first step toward that goal by becoming an apprentice to a draftsman for the United State Patent Office.  There he learned to use drafting tools as he made drawings of devices of all kinds submitted by inventors seeking patents. 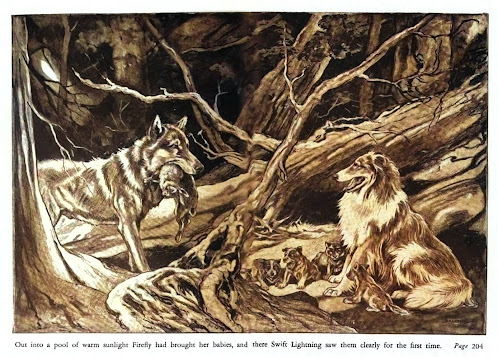 Colorizations and repairs by CB Heubach